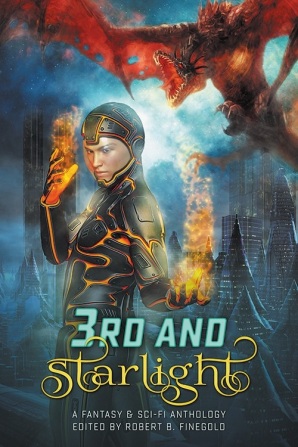 “THE STARLIGHT ANTHOLOGIES seek to provide readers edgy new voices in science fiction and fantasy. Stories to amaze, delight, and touch the heart.

In 3rd and Starlight you’ll find stories by Hugo and Campbell award nominee Kary English, Aurealis award winner Nick T. Chan, and Jim Baen Short Story award winner Sean Monaghan, and more. All our authors are also winners, finalists, or semifinalists in the L. Ron Hubbard Writers of the Future Contest – the tourney field where most of our bards and storytellers first met…”

There’s a kickstarter campaign to promote the anthology, with rewards that include some of my ebook novels – Arlchip Burnout, Athena Setting and Asteroid Jumpers.

There’s also a mini interview with me on the kickstarter page where I spout probably little more than nonsense. Still, thanks for the interview Dr Finegold.

I have made my final entry into the Writers of the Future Contest. For the last five years I’ve entered every quarter, but with my forthcoming story in January’s issue of  Asimovs, my eligibility comes to an end.

Writers of the Future is perhaps the premier writing contest for non-professional speculative writers.

I’ve been a finalist, and I’ve had straight rejections. My tally over more than twenty entries also includes numerous honorable mentions, a silver honorable mention and three semi-finalist placings. So often feeling so close.

I felt a bit sad clicking ‘submit’ with my final entry. This thing is over. I have numerous friends who’ve won the competition and been published in the anthology. I would have liked to join them (well, I still have this one last shot, right?).

Now of course, I have my sights on some other prizes and awards. Aim high. 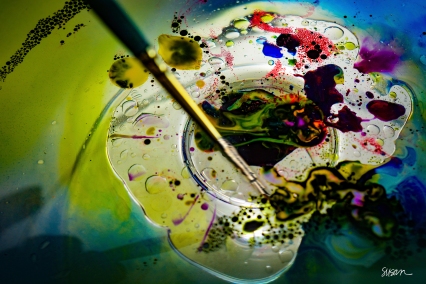 To round out a busy month of publications, my story “Ink for a Verbal Contract” is out now and available to read for free in James Gunn’s Ad Astra, together with a gorgeous illustration from Susan Nicolai.

This story goes back a long way. Once upon a time, it was a finalist (my one and only) in the Writers of the Future contest. So it came close. I’m just about to pro-out of the contest (it’s open only to non-professional writers and I’m soon to be considered professional), so it’s cool to see this story published.

With that, this story was my baby, in a way, a cherished one. I was not about to let it vanish, so it’s stayed on the submission rounds, and I’m pleased to have it in Ad Astra (my second story with them, after Mars Bomb Bound for Titan a couple of years back).

I also need to acknowledge my friend Monique Bowers for her invaluable feedback when I first drafted the story. Thanks Monique!

Ink for a Verbal Contract

Gemma felt the pain right away. She sighed, stretching, angling her limbs and hips, trying to find a more comfortable position. She blinked, looking at the Arhend side table strewn with folders.

Her Gadjet saw that she was awake and sat up, a message flashing on the screen. Alex had called during the night, and the Gadjet had let her sleep, waiting until now to show the message.

Some years ago I was a finalist in the Writers of the Future contest (WOTF).

Since that time I’ve entered every quarter. I’ve had numerous Honorable Mentions and a Semi-Finalist placing. Never made it to that lauded “Finalist” again though.

Now I find myself creeping closer to pro-ing out. The contest is open to non-professional writers only, professional being counted as more than three pro-rate sales. With this August’s issue of Asimov’s I’ll have my third pro sale publication. One more after (or before) that and I’ll no longer be eligible for WOTF. I wonder how many more quarters I’ll be able enter.

In the meantime, the WOTF organization sent me this nice badge (thanks Joni). I figure I’d better display it. It might be my highest WOTF accolade. 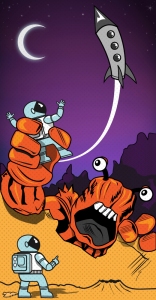 AURA STEPPED FROM THE SHADOWS, feeling the shimmer off her steppingcloak glide and fade into the air behind. The brickwork wall loomed over her as she trudged through moonlight beginning her search for Gideon.

For those who are interested, this story was my first semi-finalist in the Writers of the Future contest. I’m glad it’s found a home.

Wednesday was a tough day.

Not only did I learn I hadn’t placed in Writers of the Future, I got three other rejection slips in the mail. All form rejections. Still that means that those stories can all go out to other editors who might like them. So that’s what I did. Sent them out. Within an hour or so I had my list back up to twenty live submissions.

Then, as I sent off that last one, some good news. An acceptance. Yay. It is in a no-payment, no-copy anthology so it stokes just my ego, but by then it was in need of a little stoking.

And it got a little better too – with some new music accepted for release on Zenapolae. More on that in another post. Right now I’m getting back to writing the next story.