A new Venus Vulture soundscape release doesn’t come along that often – the last were “Heavy Skies” on TurkbyTone Rekkids and “Stick With Me Giselle, Things Can Only Get Better” on Testtube, both in the first quarter of 2009. So after a year and a half of near-silence I’m excited to have a new extended piece released. 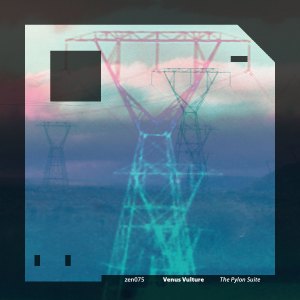 Released on the Zenapolae netlabel, Pylon Suite is a set of four tracks, making up a continuous thirty-eight minute movement. The set is deep and brooding, based on a long field recording (which wafts in and out through the album), together with long ambient drones. The tracks share elements, but progress, gradually becoming more complex – track four is the busiest (well, as busy as ambient drone music might be). Probably good to listen to at low volume while taking a bath or reading a horror novel.

The fabulous cover art was created by Arnd Klotz, based on photos I’d taken around the time I was composing the music.

My latest ambient excursion, and longest for a while, is now available for free download or streaming on theVenus Vulture page at Reverbnation. “Sand under my toes, Dust in my hair” goes through a number of changes. Really it’s an attempt at narrative through sound. The track begins with a walk along a beach at sunset, then the wind cools and picks up and we hurry along almost lost until finally descending into a cave in the cliff, just lit by the sliver of crescent moon. Well, that was the mood I was looking for. Perhaps you’ll hear something different. 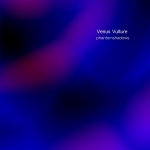 The Venus Vulture album phantomshadows, which was originally released on the Resting Bell netlabel, is available again. It can be streamed or downloaded (for free) on the Venus Vulture Bandcamp page. phantomshadows is a minimal ambient drone album of four tracks, each around 14 minutes. The release was combined with a set of images, which are available on the Flickr page.

The funny details:
The release went out of print because I, silly me, had joined APRA – the New Zealand branch of the Australian Performing Rights Association. I think they do good work, but they’re not really compatible with creative commons licences. Christian, who does an extraordinary job at Resting Bell, was faced with paying GEMA (the German equivalent of APRA) fees for releasing my music – even though it was never my intent to generate money from this release. My bad. I’m no longer a member of APRA, though GEMA’s rules are different, it appears possible that I will never be able to release music through Resting Bell or any other German netlabel.

30 April, 20097 May, 2009 ~ Sean Monaghan ~ Leave a comment
The Venus Vulture album Stick with me Giselle, Things can only get better has been released on Test Tube netlabel. I’m excited about this release as I’ve long been a fan of the label and, as with the Resting Bell releases, I’m honoured to be in such esteemed company.

This is a concept piece comprised of long and short ambient tracks from a half minute to around fourteen minutes – the whole album it 53 minutes long, still a soundscape but with perhaps the most melodic stuff I’ve released so far.

As the result of some collaboration and encouragement the new Venus Vulture EP Heavy Skies is out now. This includes the track We Heard Distant Rainfall created for the sommeil sleep concert. You can download from bandcamp. Thanks to Craig from TurkbyTone Rekkids and to Tanner Menard, the awesome curator of sommeil.

A couple of archive.org users have reviewed Signal Artifacts – one postive, one not so much – nice to have a balance:

Reviewer: brian’sworld – – December 2, 2008
Subject: hmmm
just not really there for me. not a lot happens – yes, i know its ambient. tonally ok but in terms of interesting development it is lacking. not quite up to his standard nor resting bells.

Reviewer: junbuggy – – November 13, 2008
Subject: high quality
another high quality release and a really rather lovely and interesting addition to the Resting Bell catalogue.

Signal Artifacts – the new Venus Vulture expedition is available for download now from Resting Bell. Ticks, glitches, loops and drones, this is a slightly different direction for Venus Vulture music. Together with a set of photos, video and a limited edition CD set available for purchase – see the Venus Vulture website for more info 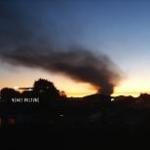 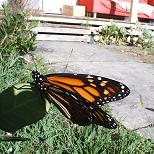 Signal Artifacts will be released in a few days.  Christian has done a great job with the release and has some excellent photos of the CD set – far better than I could do.

Gathered together some new things and something old to keep the interest up:

New video at Youtube – August Sleep – a minute and a half of dream swirls.

Old music – the remix I submitted for the Post Piano Open Remix Project from Taylor Deupree and Kenneth Kirschner a few years back – here on archive.org. Including some of the working files, and the graphics too.

New computer images – A new set of 25 images. This makes a nice slideshow, the images run across each other; August Sleep.