My dieselpunk story “Memory Book” has just come out in the online speculative magazine Fiction Vortex. It’s been a while since I’ve published any ‘punk’ – mostly I’ve been writing straight sci-fi and literary pieces.

This one’s got a giant seaplane, an invading army and a little piece of ancient, lost technology.

Candace watched the big plane arc around the outside of the bay. Up on Rothan Promontory, the highest point overlooking the village, the breeze carried to her the heady sweet smell of pollen from the ocean of flowers that covered the hill between the rocky crest and the sand of the beach below. Spring had come in warm and bountiful; the flowers were blooming and the orchards, if the weather kept up like this, were going to bear a vast crop of fruit. 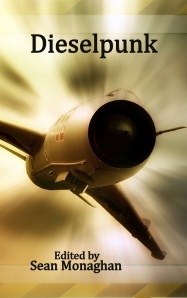 Two anthologies I edited for Static Movement have gone to press and are available now. 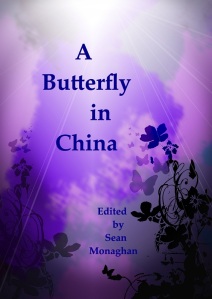 A Butterfly in China , tales of the butterfly effect – a more circumspect group of stories where small beginnings lead to big problems. $12.99.

I’ve just put up my story “A Visit to the Theatre” as an ebook through Triple V Publishing. The story first came out in the Static Movement anthology Bounty Hunter a couple of years back. The ebook is paired with a flash fiction story “The Neuron Thieves”, which was itself published in The New Flesh.

Here’s the blurb:
Nikki’s got a an urgent telex for an easy bounty. Niemann’s in town. All she’s got to do is find him. The trouble is, Niemann wants to be found.

The fabulous cover illustration is by Ateliersommerland, who also created the illustration used on “Imaginary Maid Forgets She is Late for a Banquet”.

To celebrate a year since my first re-engagement with Smashwords and ebook publishing, I’ve updated my dieselpunk story “Deadstick”. It’s got a new cover, and is combined with my steam/diesel-punk story “How Do You Like These Heights”. Combined with that, it’s also available as a print book. And a new blurb to go with that. I’ve been working on upgrading my blurbs to be a little more punchy. How’s this?

Hank’s scorching across the California sky in a race to save his son. The afterburners are overheating and Sally Jean is tearing apart around him. At 55,000 feet.
A dieselpunk story by Sean Monaghan, author of Pan Am 617 Heavy. Includes bonus story “How Do You Like These Heights”.

A couple of days ago I posted about my word-count goals for 2012. Funny thing about going public with goals – it boosts your incentive. My goal is 300,000 words written next year. That’s about 1000 words a day for every writing day I have available. Yesterday: 2000. Today: 2000. How about that? I’m surprised. It’s a while since I’ve written so much without actually being on a writing retreat. Is that sustainable? I’d hope so, but I’m not going to burn myself out. I guess a revised plan is to still head for 300,000 next year, but revise in July. If I’ve hit 300,000 by then, I won’t be kicking back and playing on the beach for the rest of the year. I’ll be fixing on writing another… well who knows right now?

“Deadstick” came from a fairy story I’d conceived, about a burning sailing ship running aground off a fairy village and the problems ensuing. A very different thing to how this dieselpunk story turned out. For a moment I thought of having a pair of stories, one fantasy and one sci-fi, both using that same device. This story, however, wrote itself very quickly, while the fairy one still sits in my head, not quite ready to pour forth. Perhaps it will come to me one day.

Deadstick was originally published in the Static Movement anthology Oil.

Lately I’ve been following the blogs of Kristine Kathryn Rusch and Dean Wesley Smith – if you’re a writer, you should be following them too: filled with wisdom and great ideas and, wonderfully, they do not suffer fools gladly. They are husband and wife, and run WMG publishing, and used to run Pulphouse publishing. They blog about the publishing industry, and sometimes seem to contradict each other (Smith says he can’t see a reason to hire a professional editor, Rusch says go ahead and get one), which is fine, I’m gleaning gold from both. My novel is getting professionally edited, but I’ll stick some stories up from having a single reader and a proofread.

Smith is doing a challenge this year to write and publish 100 stories. He writes them, proofs them and publishes them. I’ve bought and read the one of them (so far) – “On top of the dead” – and it was pretty good. Not perfect, not gemstone polished, but it was a story and, seriously, I enjoyed it and was engaged from start to finish. Isn’t that what counts? The study guide I teach from states that the fiction’s only rule is that it must compel the reader.

When I was interviewed by Shells Walter earlier this year, I was asked about my advice to beginning writers. I said that your first draft is not good enough, probably not your second draft either. Now I think I’m inclined to agree with Smith, though with a caveat – Smith is no beginner. He’s published around 90 novels, over a hundred short stories, teaches and has run publishing businesses and worked as an editor. I guess he knows his way around stories. Something he’s noted is that students don’t necessarily improve their stories on the second and third drafts, and often make them worse (I’m paraphrasing here, but I don’t think I’ve misunderstood – though don’t quote me as having quoted him). On occasion I’ve noticed that with my students, though that said, sometimes the final story for the year is a much improved version of the original.

So, should I edit this blog post, or just let it out with a simple proofread? What, you saw a typo?

From time to time my stories can be dreadful. I don’t need a reader to tell me that. I put them aside, come back and really they’re not working. I rewrite from scratch. Now, that usually works and I get something I’m happy with – Where there’s water took a couple of runs at before it was working. A current story – Sleeve Tattoo – is at a second draft stage and I know there will be wholesale deletions, some extra bits to write and so on to make it work. Other times I do write quickly and the first draft needs tightening, proofing and seems ready to go. Back from Vermont was like that. So was Deadstick. Both got published out in the real world. One of the keys is to know when it’s just not working, and I’m still learning that.

I’m not that much younger than Smith and Rusch, but certainly by comparison I’m a fledgling writer (though my first publication was more than 20 years ago, and I have published over 100 stories, I’m still earning a living from tutoring and librarianship). I’m learning lessons and growing as a writer. With my new publishing venture – Triple V Publishing – I’ll start electronically republishing some stories that have only been in print anthologies, and then, taking a lesson from Smith, perhaps start writing and publishing stories right away.

Deadstick – the first Triple V story, will be out soon. It was one that was written fast – over a couple of weeks – and came out pretty much how I wanted it, with a few changes (though in it was originally conceived as a fairy story, it became dieselpunk – more on that closer to release). 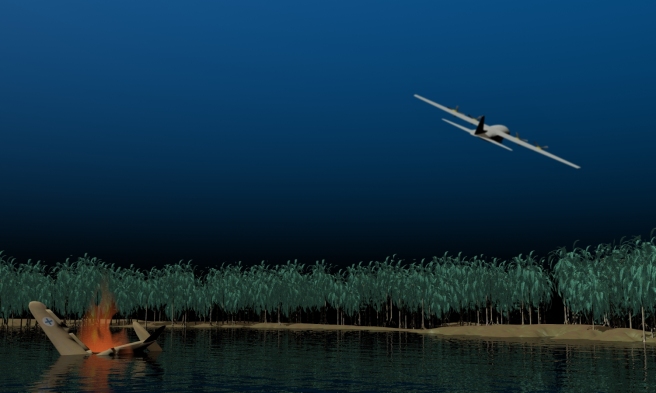 And so my dieselpunk novella serialization comes to a close with part 2 of Pan Am Historic Flight 1. It’s been fun to watch this come out piece by piece over the last few weeks.
___________________________
Dominic ducked back in as a cloud of cinders and soot blew into the cabin. He looked out again. Keyshaa hadn’t moved. Tying the rope to the door handle, he dove into the water, letting the big plane cruise off alone.

If you’re looking to start at the beginning, then read through each of the parts, start here. Again, my thanks to Don Webb and the team at Bewildering Stories for taking the novella on, in particular their encouragement to develop what started out as a much shorter piece.

“Throw out your weapons,” someone shouted from outside. Dominic imagined a semi-circle of them, all with their guns trained on the door.

I know there’s no Messerschmitt in the picture, but these were the models I found. It’s been fun doing the illustrations for each part of the story – even if they sometimes feel a bit rough. 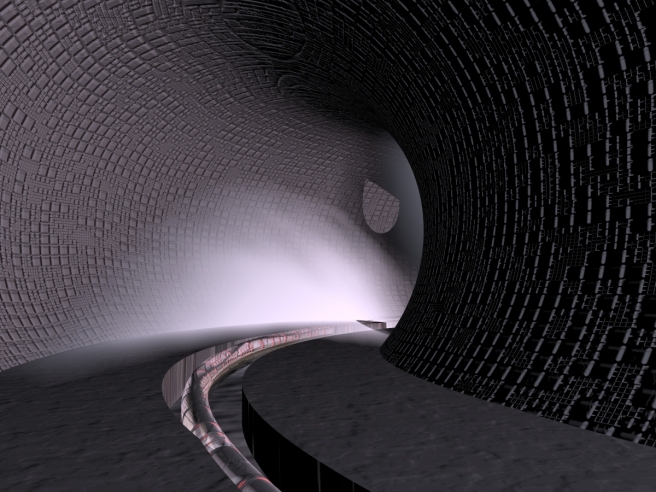 Part two of chapter three “Particle Magnetron” is out now. Down in the tunnels below the atoll’s surface, Dominic and Keyshaa find more surprises.

Dominic heard the sound of the flare striking the concrete floor. He glanced back and could see the outline of the tunnel roof. The flare crackled as it lit, throwing light around them.

“Come on,” Keyshaa said. She ran off.