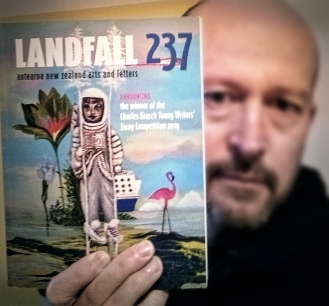 Those who know my writing will have noticed that mostly I write Science Fiction. At times I dally with Fantasy, though I’m not then a real heroic fantasy kind of writer, with dragons and swords and wizards hurling wonderful spells around. Sometimes my Science Fiction has elements of Fantasy (as in there’s no scientific reason this is happening…). I write thrillers too, on occasion.

Sometimes I also dabble with literary fiction. I have a couple of literary novels out, and numerous stories. Over recent years I’ve had a few stories published in Landfall, New Zealand’s premier literary journal, and I’m pleased to have another in the current issue. 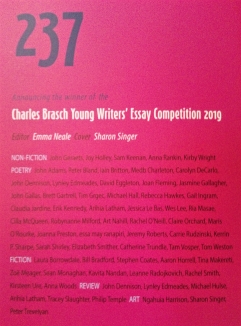 “Landslide Country” evolved from an exploration of pacing and setting. One of those ones where the setting is almost another character (though of course, that’s up to the reader to determine, rather than the writer). One of the editors noted that things seemed to happen in slow motion, which was cool, something I’d tried to achieve: a micro-focus on detail, while maintaining the tension and arc.

There’s quite a line up of great writers in the issue. I’m humbled to be in such great company.

Landfall is available from booksellers and through subscription. Many New Zealand libraries have subscriptions, so you can find it on the shelves there.

Not sure that anyone might be interested, but mostly when I write I’m not sure where the story is going to go. At least in that moment when I’m sitting down to type in those first few words.

Mostly it ends up as science fiction, but the process is no different for literary. It’s all just words on the page. The story in my head coming out so that hopefully the reader gets the same story in their head.

I like to think that I bring the same level of craft to all my work, whether literary or more commercial.