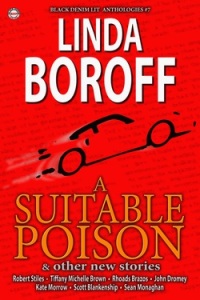 Baz liked it out this way, among the Kuiper belt planets. He imagined the vacuum quieter, the light dimmer, the drift through the cosmos more peaceful. They’d left Chuapa behind a day ago, and were six days out from Sarinne. Lilly’d come to Baz with another offer. Come out with her ice gathering for three months and she’d forgive his debt.

How could he refuse?

Read on at Black Denim Lit.