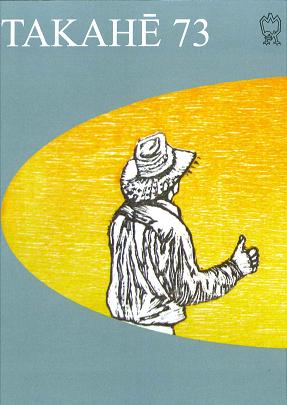 My story “Back from Vermont” has just been published in Takahe 73. Takahe is a New Zealand literary magazine, published three times a year. After a long time of focusing my attention abroad, it’s nice to be published here at home (even if I did write a story set in the U.S.).

In the time before my parents separated my father began building miniature trains and, over the course of an evening, would lay a mile or more of track through our neighborhood then rumble around until first light. It started on a Saturday and that following Sunday morning brought us a stream of folks from around the street, thumping on the door, demanding to see my father. My mother stood in the doorway, trying to deflect them, but for the most part they just wanted to know how they could join in